Zodiacs in the Lower East Side 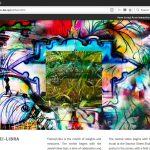 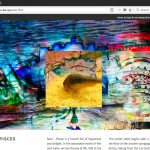 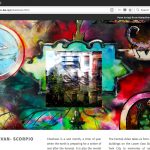 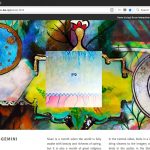 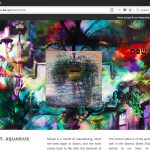 Zodiacs on the Lower East Side is an interactive web work weaving stories of past and present in imagery evoking the former immigrant neighborhood of New York’s Lower East Side. Exploring the union of a time forever gone and the current neighborhood, we create a narrative from existing and lost architecture, tenement buildings and synagogues, mixed with traditional signs and motifs from medieval manuscripts, portraits of immigrants, scenes of Eastern Europe. Symbolism adapted from Zodiac murals in the neighborhood’s Stanton Street synagogue provide links to cross-cultural folklore, deeply rooted in centuries of tradition. Mousing over each screen reveals videos reflecting the wandering minds and imagined associations of immigrants who inhabited multiple worlds and traditions drawn from a culture of wanderers. In one, a Lower East Side apartment building morphs into an old European village, visualizing the thoughts of an immigrant standing on street corner, remembering one home and living in another. In another, the Zodiac symbol from the Stanton Street synagogue is linked to a medieval drawing of the same sign. The videos include commentary by historian Elissa Sampson, contemporary sounds by composer Bob Gluck, and traditional Yiddish songs sung by Sylvia Tepperman. 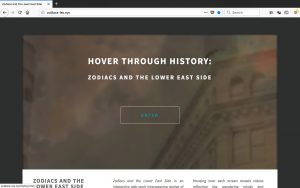 Cynthia Beth Rubin is a new media artist whose works evoke imagined narratives through interwoven layers of representation and abstraction, frequently combined with Augmented Reality and interactive experience. She is equally fascinated by the imagined memories of cultural history and with envisioning the unseen microscopic life of oceans and still waters. Rubin's work has been recognized internationally through exhibitions and film festivals, including Creative Tech Week in New York City, the Jerusalem Biennial, the Jewish Museum in Prague, the Siberia State Art Museum, the Kyrgyzstan State Museum, and in cities such as Paris, New York, Toronto, Montreal and elsewhere around the world. Rubin's awards include multiple Connecticut Artist Fellowships, the New England Foundation on the Arts, the Memorial Foundation for Jewish Culture and other awards, and artist residencies in France, Israel, Canada, and Scotland. Her work has been published in at least 10 international languages, including in Art in the Digital Age by Bruce Wands, The Computer in the Visual Arts by Anne Morgan Spalter, and Arts en Réseau, published by INA in Paris France. Based in New Haven, CT USA, Rubin’s studio practice extends from New York City to Narragansett, Rhode Island, and beyond.

Kris Tonski is a creative coder and visual designer, bringing both her mastery of the latest technology and personal vision to a multitude of projects. In 2009, she founded Fusion Printing & Web Design, a company dedicated to providing online and print marketing tools at with an innovative edge. She is an active participant in worldwide graphic design and web development forums and a volunteer at WordCamps (WordPress software for the web) around the Northeast of the USA. As a creative designer, she collaborated on a public installation pioneering the use of 3D printing. Tonski is currently an instructor in the Digital Media and Web Design programs at Gateway Community College in New Haven, CT.

Yona Verwer is a Dutch-born, New York based multimedia artist exploring personal and collective identity, history, tikkun olam, and kabbalah. She has exhibited in galleries and museums internationally, such as the Jerusalem Biennale, Yeshiva University Museum, Andy Warhol Factory, Holocaust Memorial Center, Reginald Lewis Museum of African-American Art, Philadelphia Museum of Jewish Art, Center for Jewish History, Mizel Museum, Stanback Museum, Canton Museum of Art, and others. Verwer has been featured in the New York Times, the New Yorker, Art Criticism, Ars Judaica, Huffington Post, and in Ori Soltes’ Tradition and Transformation: Three Millennia of Jewish Art and Architecture. She holds a master’s degree in fine art from the Royal Academy of Art in The Hague, the Netherlands. She is the director & co-founder of the Jewish Art Salon, the world’s largest Jewish visual arts organization, where she produced 30 exhibitions and 40 art events to date.