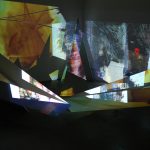 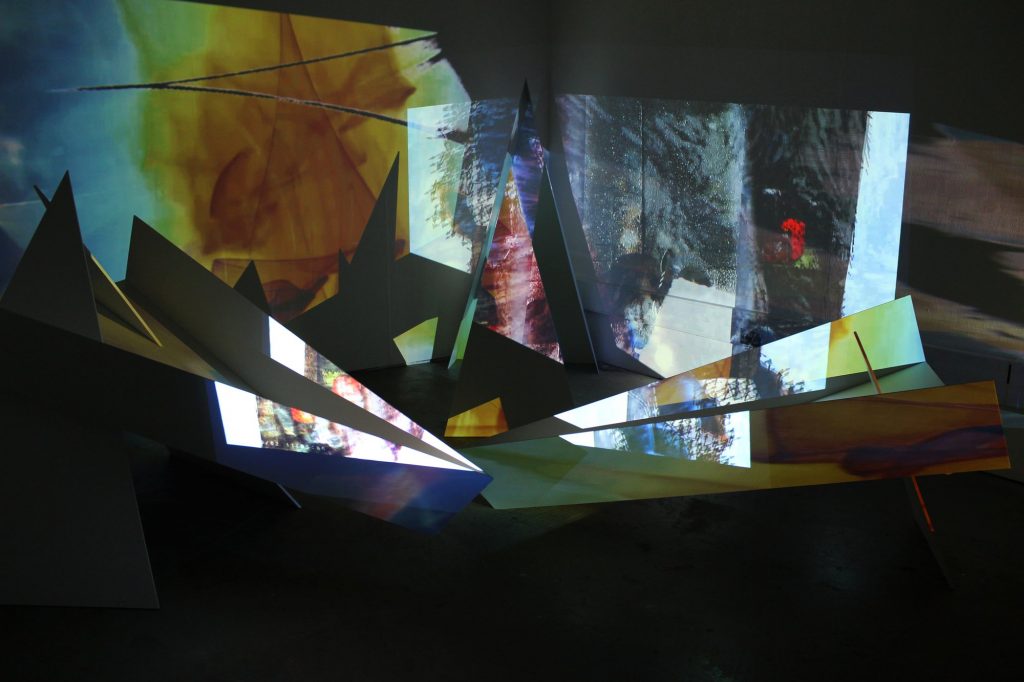 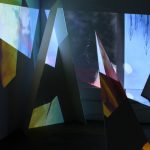 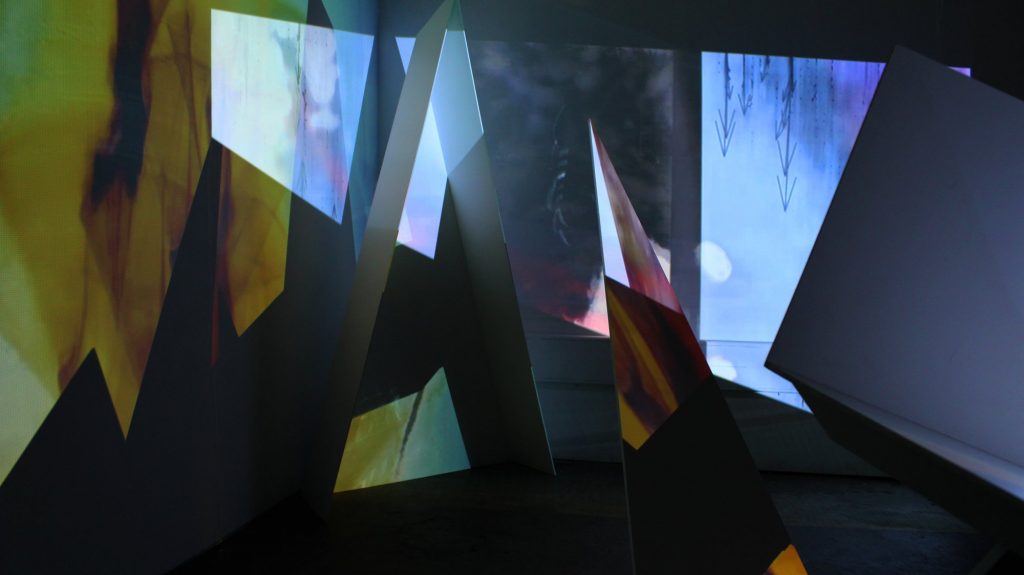 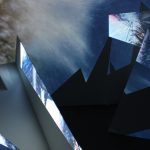 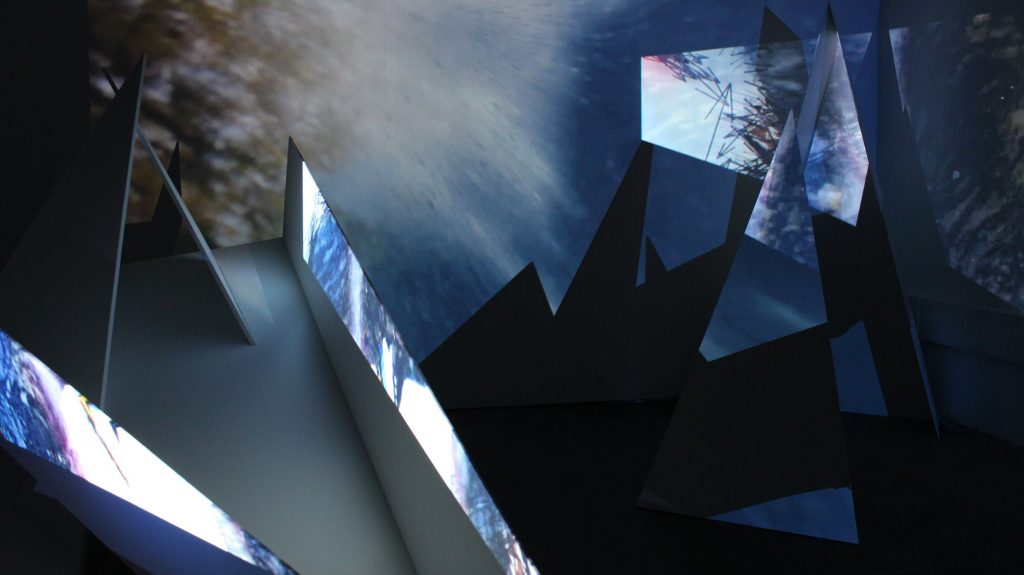 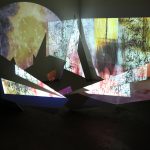 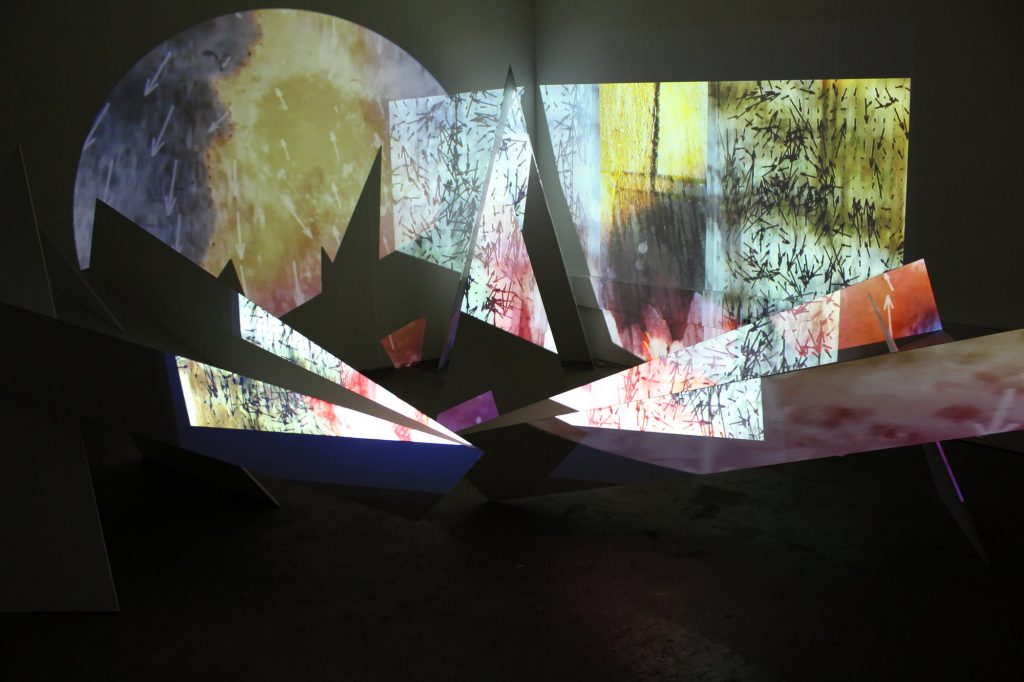 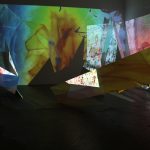 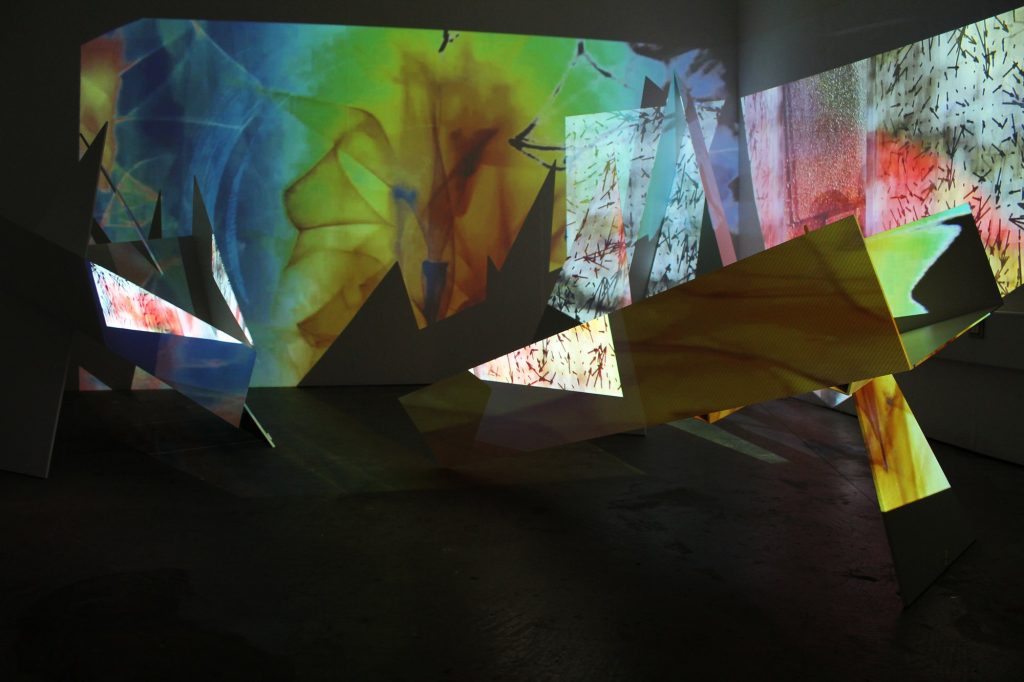 The aim of this piece is to immerse the viewer in an environment that expresses altered sensory perception. It is full of colour and movement, the viewer feels disorientated by dizzying video projections as they weave their way in between harsh geometric shapes. The two films represent different types of environments (urban and natural) and my experience of them in the early stages of Chronic Fatigue Syndrome where movement through the world produced a feeling of sensory overload.The urban films were processed using scientific software (MATLAB), employing optic flow algorithms to isolate the movement and plot it out as ‘flow fields’ (arrows indicating the main directions of perceived motion) which were overlaid on the original footage. The flow fields added to the disorienting nature of the films. While the urban film is flooded with fast moving arrows, the natural film is gentler reflecting my greater tolerance of natural environments. The sculptural shapes serve as surfaces to break up the video over multiple planes. The arrangement puts the two films in conflict, but as they develop they begin to physically overlap suggesting the beginnings of resolution and recovery as my greater tolerance of natural environments begins to invade the urban.

Ella Husbands is a Brighton-based artist and recent fine art graduate from Central Saint Martins. Her work explores notions of disrupted perception. She often combines videos and objects to immerse the viewer in a distorted environment. Her work is connected to her current experience with chronic fatigue syndrome and centres on a sense of movement and pattern.